On August 3, 1931, Rev Peter Semkoff officially petitioned His Eminence, the Most Rev Theophilus, Archbishop of Chicago for his permission and archpastoral blessing to organize and establish a new parish in the Gage Park area of Chicago, to be eventually known as St Peter and St Paul Carpatho-Russian Orthodox Greek Catholic Church. The first membership meeting was held on September 30, 1931, and on December 1, 1931, property for a new church was purchased on the northwest corner of Western Ave and 53th St. The first Liturgy in the new church was celebrated on Palm Sunday, April 20, 1932. The majority of parish founders were Carpatho-Russians formerly belonging to St Mary’s Greek Catholic Church under papal jurisdiction. The desire to control parish property and retain what was then perceived as “nasa Ruska Vira” or “our Russian Faith” were primary reasons for affiliating with the local Russian Orthodox Church.

After being spiritually served for over 50 years by V.Rev. Peter Semkoff and his son, V.Rev Nicholas Semkoff, this once tight-knit ethnic enclave of southwest side Chicago parishioners vacated their original temple and continued their parish life in a new beautiful new church on County Line Rd in Burr Ridge, IL. The new location was determined by the demographics of the parish members, who now reside as far north as Racine, WI and as far south as Bourbonnais, IL. The first service in the new church was held on February 15, 1998.

The parish now serves an English-speaking congregation representing many ethnic roots. The imposing temple with the traditional “onion dome” dominates the local skyline and is an external sign calling all to experience the faith and worship of the One, Holy, Catholic and Apostolic Orthodox Church. The doors are open to all who seek the way of truth found in the ancient church founded by Our Lord and Savior Jesus Christ. The parish family welcomes all, regardless of background, to share the “Light of Christ that illumines all.” 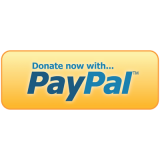